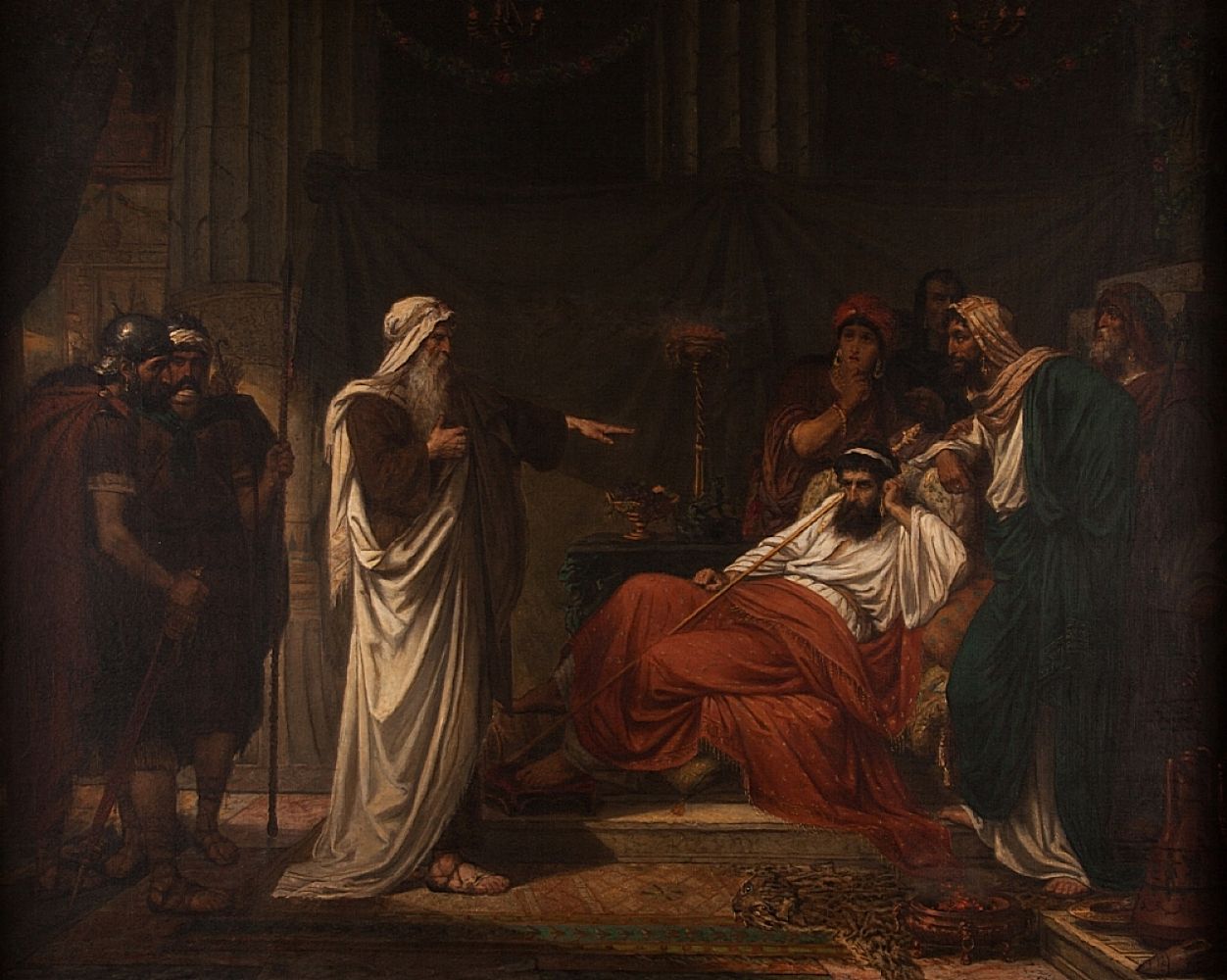 “Speak these things, exhort, and rebuke with all authority. Let no one despise you.”

Anyone who claims no Christian has doctrinal decree, you are in direct contradiction to the verse above. The preceding verse also gives us the premise of having to rebuke someone,

“that He might redeem us from every lawless deed and purify for Himself His own special people, zealous for good works.“

We can’t deceive ourselves in believing we are loving people when we make room for deceptive thinking that condones lawlessness, a way of life contrary to God’s standard.

“My friend, when you and I listen to the word of God, know what it says, and choose to act independently of what God says, what happens is we are expressing pride, that in spite of an omniscient all wise God telling us, “Don’t do that, here’s what I want you to do…” We do something otherwise that’s an expression of pride. It’s the root of all sin. It is an act of rebellion in our heart. It says, deep down inside of us, there’s something in us that desires to be rebellious at that moment about this thing or this situation or this circumstance.”

Then the Lord sent Nathan to David. And he came to him, and said to him: “There were two men in one city, one rich and the other poor. 2 The rich man had exceedingly many flocks and herds. 3 But the poor man had nothing, except one little ewe lamb which he had bought and nourished; and it grew up together with him and with his children. It ate of his own food and drank from his own cup and lay in his bosom; and it was like a daughter to him. 4 And a traveler came to the rich man, who refused to take from his own flock and from his own herd to prepare one for the wayfaring man who had come to him; but he took the poor man’s lamb and prepared it for the man who had come to him.”

5 So David’s anger was greatly aroused against the man, and he said to Nathan, “As the Lord lives, the man who has done this shall surely die! 6 And he shall restore fourfold for the lamb, because he did this thing and because he had no pity.”

7 Then Nathan said to David, “You are the man! Thus says the Lord God of Israel: ‘I anointed you king over Israel, and I delivered you from the hand of Saul. 8 I gave you your master’s house and your master’s wives into your keeping, and gave you the house of Israel and Judah. And if that had been too little, I also would have given you much more! 9 Why have you despised the commandment of the Lord, to do evil in His sight? You have killed Uriah the Hittite with the sword; you have taken his wife to be your wife, and have killed him with the sword of the people of Ammon. 10 Now therefore, the sword shall never depart from your house, because you have despised Me, and have taken the wife of Uriah the Hittite to be your wife.’ 11 Thus says the Lord: ‘Behold, I will raise up adversity against you from your own house; and I will take your wives before your eyes and give them to your neighbor, and he shall lie with your wives in the sight of this sun. 12 For you did it secretly, but I will do this thing before all Israel, before the sun.’”

13 So David said to Nathan, “I have sinned against the Lord.”

And Nathan said to David, “The Lord also has put away your sin; you shall not die.

David had justified his wrong behavior and still clung to his righteousness which is evident when he was aroused with indignation upon hearing the story of injustice Nathan had just told him. We can look at the humility of David who was immediately convicted when Nathan told him he was in fact the man he was speaking of.

There is no reasoning with God. If you claim to be a believer and you find yourself being dealt with harshly, examine your position, compare the deed, or erroneous belief you are defending and asserting against the Word of God. If it bears something that is clearly contrary to scripture, your feelings and rationalizations ARE NOT coming from God because He already revealed His thoughts in His written word.

Another example of when feelings greatly betray us is found in Matthew 16:22-23,

“Peter took Him aside and began to rebuke Him. “Far be it from You, Lord!” he said. “This shall never happen to You! But Jesus turned and said to Peter, “Get behind Me, Satan! You are a stumbling block to Me. For you do not have in mind the things of God, but the things of men.”

When Peter told Jesus he did not want him to die on the cross, it was a very legitimate concern toward someone he was close to, his teacher, his closest friend, but he was going against God’s will for Jesus to die for our sins.

Nathan was a prophet, God’s instrument but also a man. Can God not use someone to do the job of pointing out something in your life that you may have failed to see that is deeply grieving the Holy Spirit? Do you find yourself justifying a belief, behavior or anything that many other believers are calling you out on? Have you truly humbled yourself before God? Repent, and like David, be restored. Do not resist the conviction of the Holy Spirit. It is when we resist the working of the Holy Spirit in our lives that hinders us from maturing and being conformed to the likeness of Jesus Christ.